Good morning and welcome to another edition of Games with Coffee! Grab a hard hat, some safety boots, a set of tools, some blueprint schematics and maybe a laptop with some Computer Aided Design (CAD) software loaded up because today, we’re talking engineers in video games! I’m not talking about the audio, video, software or the myriad of other engineers that bring our favourite games to life (although they should be celebrated nonetheless!), I’m talking about characters in video games who, at some level, act as engineers.

Merriam Webster defines the practice of engineering as follows:

2a: the application of science and mathematics by which the properties of matter and the sources of energy in nature are made useful to people

2b : the design and manufacture of complex products

While most professional engineering organizations, including the one I’m licensed with, define the practice as:

“any act of planning, designing, composing, evaluating, advising, reporting, directing or supervising that requires the application of engineering principles and concerns the safeguarding of life, health, property, economic interests, the public welfare or the environment, or the managing of any such act;”

Anyways, with that set aside, let’s talk characters who are or operate as engineers! They may be playable characters or supporting cast that plan, design, build or invent solutions that are used to either advance the plot or help their team out of a tight spot. So, let’s introduce a few, in no particular order: 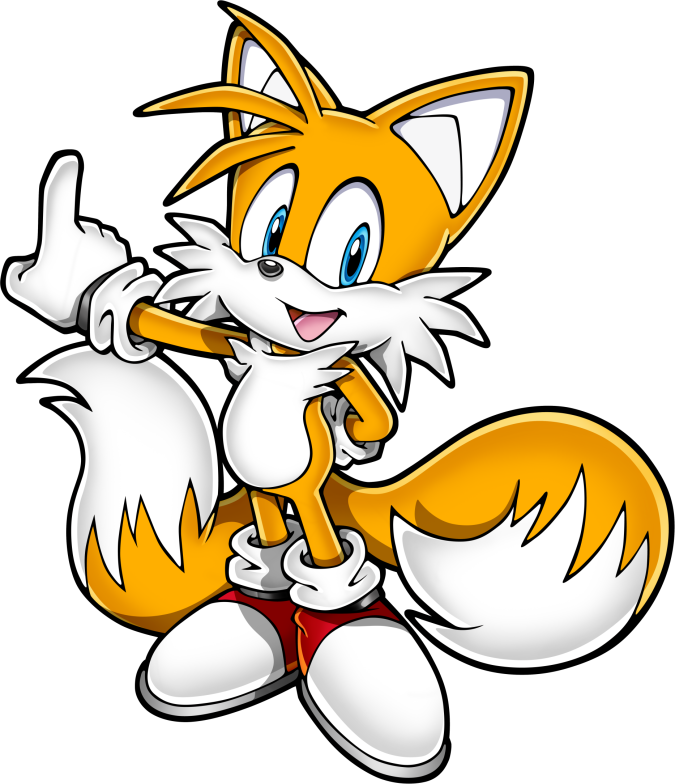 Sonic the Hedgehog’s best buddy does more than fly with his two tails and pilot a biplane; with an astounding IQ of nearly 300, he’s also the principal designer of a variety of gadgets and items that Sonic and Co. use to thwart the machinations of Dr. Eggman (who we’ll talk about next!). From upgrading the Tornado into a bipedal walker, developing a translator to understand the Wisp language and even engineering a duplicate Chaos Emerald to try and outfox (Ha!) the evil doctor, Tails certainly fits the definition of an engineer. When he’s not adventuring with Sonic, he can be seen tinkering around in his workshop, either upgrading the Tornado, or building his next big invention. 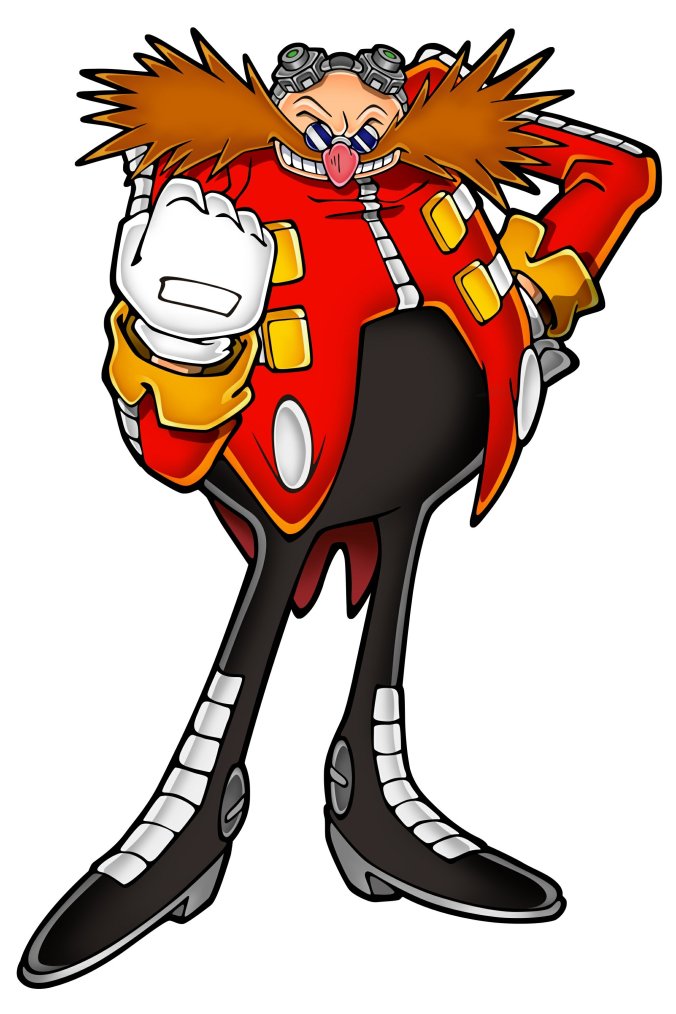 Alas, not all engineers are good guys; some are villainous as well. Case in point is Sonic’s nemesis, Dr. Eggman. Also known as Dr. Robotnik back in the day, he’s on a quest to rule the world and does so by employing a robotic army of his own design. Eggman’s impressive mechanical genius has allowed him to build several engineering marvels, including space fortresses, like the Death Egg, filled with deadly traps, the highly advanced E-Series robots that are literally powered using small animals and even mechanical duplicates of his arch-enemy! Despite the fact that he doesn’t fulfill some of the aspects of a professional engineer (he’s not one to consider the safety of the public), major respect should be given in terms of his engineering aptitude and his perseverance toward his goal.

From the Mega Man Legends series, comes the titular character’s best friend/adopted sister, Roll! Officially, she acts as Mega Man’s spotter while he explores the underground ruins, looking for refractor crystals or other artifacts from Earth’s distant past. However, Roll does more than keep an eye out for danger; she pilots their airship home, the Flutter, is an impressive mechanic who’s not afraid to get down and dirty to repair things, even when they don’t belong to her and helps Mega by building powerful special weapons out of seemingly random junk!

There’s a wry, yet truthful, joke in engineering that goes: “Say that a client wants a product to be made cheap, quick and with good quality. Engineers will tell you to pick two of the three.” It speaks about making compromises, since it’s difficult to satisfy all three at the same time. Where Roll compromises in upgrading Mega Man’s weaponry is cost; while the weapons she provides are incredibly powerful and useful, the cost to upgrade them to their maximum potential is a bit exorbitant. Some would also say that they’re incredibly ridiculous. (Seriously Roll, several million Zenny just so you can upgrade the Shining Laser’s stats to their maximum? What do we have to do, rob a bank?!) 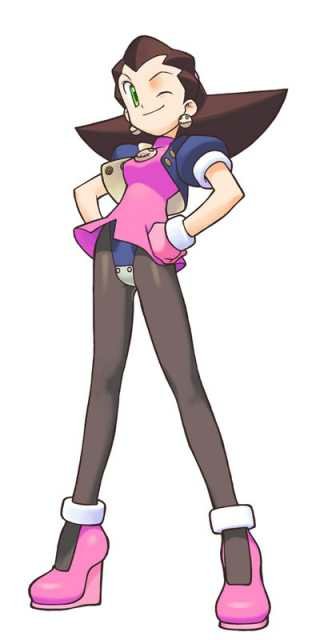 On the flip side in the Mega Man Legends series, we have Tron, the hot-headed, middle sibling of the Bonne criminal family and the mastermind behind their mechanical marvels. Of her myriad creations, none are as iconic (or as adorable) as her loyal Servbots – tiny yellow and blue robots that assist Tron and her family in all their endeavors, from grand larceny and piracy to simple housekeeping and companionship. They are the O.G. Minions.

In fact, I think the guys from “Despicable Me” were inspired by (read: blatantly copied) the Servbots. But that’s just my opinion.

Her next greatest creation is the Gustaff – her personal, modular battle robot which was featured heavily in her spin-off game, “The Misadventures of Tron Bonne,” as well as the Marvel vs. Capcom series. It’s a versatile piece of machinery with lots of unique functions, the most useful being the Beacon Bomb, which marks a target for the accompanying Servbots to go after.

Remember that joke I mentioned earlier? While Roll compromises on cost, Tron compromises on quality. Many of her creations are made using second-hand or cheaper parts than the allegedly high-quality parts Roll sources for Mega’s upgrades. The two mech-heads square off against each other quite often during the series and their rivalry comes to a point where they butt heads over the best way to bring Mega Man back from Elysium at the end of Mega Man Legends 2. Roll argues for using quality parts that come at a high cost, while Tron’s rebuttal involves using cheaper parts to keep costs down. Whereas most would see this as a catfight vying over who would be the one to bring Mega home, to me, this is a typical Monday morning meeting at a construction site: lots of discussion around budgets, costs and keeping them down as much as possible. 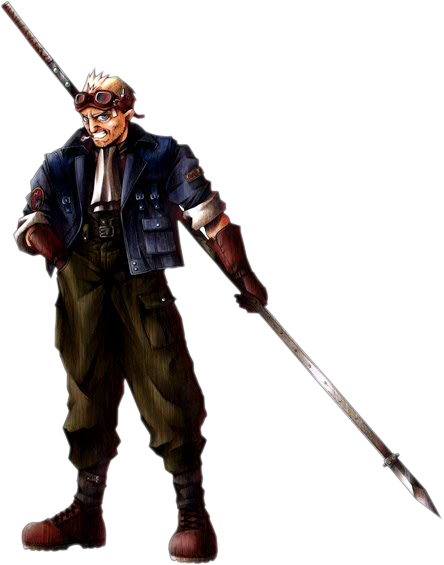 While most engineers are characterized as meek, introverted individuals whom are sequestered in their cubicles, few are as iconic or as badass as Cid Highwind from Final Fantasy VII. Cid is the Final Fantasy version of Canadian astronaut and guy who covered “Space Oddity” while floating around in outer space, Chris Hadfield, if he was a chronic chain-smoker with a penchant for excessive cursing.

Cid’s dedicated his life to the aerospace field; first by building the airship Highwind and then the Tiny Bronco, a small plane, years after he aborted the rocket launch that would have made him the first man in space. After the events following Sephiroth’s defeat, Cid built a brand new airship; the Shera, after his wife and fellow scientist/engineer of the same name.

Despite his tough talk and rough nature, he does put the safety of others as a high priority; sacrificing his opportunity to go into space to save Shera is one example of this. And despite being originally bitter to Shera for her ruining his chances, he apologized once he figured out that she had it right all along with the oxygen tank in the rocket. It doesn’t make up for the years of abuse that he heaped upon her, but it was a start.

Cid, to me, reminds me of some of the more hardass engineers that I’ve either worked with or have encountered in my career. They work incredibly hard to get the job done, all while spewing a wealth of expletives in interesting combinations, (which I keep in mind for future reference).

There are a bunch of other Cid’s in the series who operate in a similar capacity as Cid Highwind. Some include the Cids from Final Fantasy IV and IX, who are master airship engineers, and the Cid from Final Fantasy XV, who was friends with the King and specialized in modifying weapons made from either Insomnian or Niflheim technology.

First seen in the Shadow Moses Island incident; the setting of Metal Gear Solid, Dr. Emmerich was the principal designer of the new Metal Gear: codenamed REX. Originally, he had designed it to be used to defend against nuclear attacks, but upon hearing the truth from legendary FOXHOUND operative, Solid Snake, his whole world came crashing down. Luckily, he struck a fast friendship with the soldier and two have been inseparable ever since. Calling himself Otacon, he assists Snake by informing him that he intentionally designed a weakness in Metal Gear REX (read: a character flaw), which Snake uses to defeat his twin brother and the current head of FOXHOUND, Liquid Snake.

Following Shadow Moses, Otacon assists mainly as a hacker, but his engineering skills haven’t dwindled a bit! By Metal Gear Solid 4, he’s developed two tools to assist Snake, who’s appearance is now closer to a septuagenarian due to his genetics and the process that created him: the Solid Eye, an eye patch that uses AR technology and the Metal Gear Mk. II, a smaller scale Metal Gear, equipped with a stealth field and a prehensile appendage, built to assist Snake on his final mission.

One of the three denizens from Truce Village in the year 1000 A.D., Lucca is Crono’s best friend and a scientific genius. Taking to science after a freak accident involving her mother and one of her father’s latest inventions, Lucca can be seen engineering her next innovation in her lab away from the town. When Chrono Trigger starts, she developed a teleportation device called the Telepod, which debuted during the Millenium Fair. She later invents the Gate Key, used to harness an unknown energy to open portals into time, after witnessing Marle’s pendant interact with the energy generated from the Telepod. Finally, once flung into the distant and bleak future of 2300 AD with Crono and Marle, she discovered a broken down robot, which she repairs easily, despite the technology being nearly thirteen centuries ahead of her time! Her engineering prowess knows no bounds!

These are but a few examples of engineers in gaming. Know of any others that I’ve missed/overlooked? Let me know in the comments below!

This post is dedicated to National Engineering Month here in Ontario: a whole month dedicated to advocating the importance of STEM subjects and engineering’s importance in the community. Click here to learn more about it!

And stay tuned for the next edition, where a Goddess of Wisdom will be receiving a letter from a certain mad scientist (who may or may not have been mentioned in this article! *wink*).

Once again, this has been Ryan from Games with Coffee, saluting our fellow engineers for a job well done and reminding you, as always, to Keep Gaming and Keep Brewing!

One thought on “A List of Engineers in Video Games!”