Good morning ladies and gentlemen, and welcome to the inaugural edition of “Games with Coffee.” Ready to get this journey started? Then grab a chair, top up your mug and get ready to travel down Memory Lane, because I got a bunch of questions to ask you:

Do you remember the very first video game you’ve ever played or the first console you’ve ever owned? Do you remember how it made you feel when you turned it on to play it? Were you excited whenever you heard the familiar introduction tunes or jingles? Was your first game challenging or easy? Were you determined to finish it at all costs?

You’re probably wondering, “Where are you going with all this?” Well, I’ve asked those questions for a specific reason: Today I want to talk about the very first video game I’ve ever played on the very first console I’ve ever owned. This game had a pretty big impact on my life and set me on a path that would help shape me to be the person I am today. The vibrant colours, sounds and environments expanded and cultivated my imagination. It’s also helped me to understand how being inspired by something unlikely can achieve great things. Even the circumstances to me owning my first console also taught me a valuable lesson, a lesson I only figured out later in life when I looked back at this moment: How to persevere in the face of adversity.

The game and console in question: Super Mario Bros. 3 on the Nintendo Entertainment System.

1992 was an awesome year. Not just because the Toronto Blue Jays won the World Series (which was extremely important to five year old me at the time), but also because my dad gave me the best Christmas gift a little kid could ever get – a brand-new Nintendo Entertainment System pre-packaged with Super Mario Bros. 3. It almost didn’t happen though because of what happened at the end of 1991, when the recession affected our family.

My dad lost his job and our landlord had no choice but to evict us and sell the house we were renting to own at the time to make ends meet. My dad’s older sister took our family in, while he himself took a night shift job with his older brother in the family business – medical-grade plastic injection moulding.

For almost two years, we shared the same roof as my paternal aunt and uncle, their two grown children and a basement tenant. Initially, my mother was humiliated at the fact that we went from a good job and a house to nearly homeless and unemployed, while my dad was ashamed at putting our family in that position, even though it wasn’t his fault to begin with. It was a difficult period for the two of them. 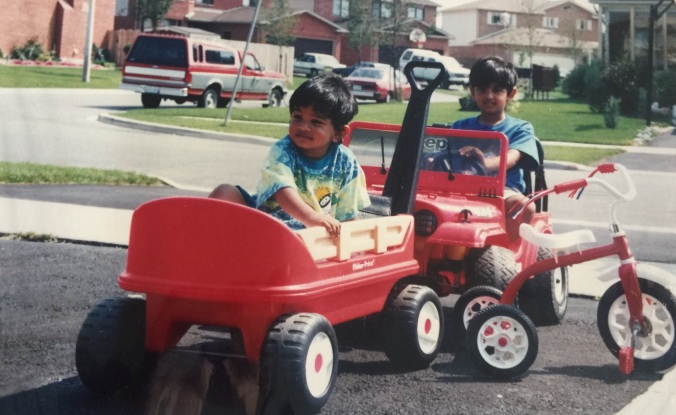 My brother (left) and I (right), not knowing or realizing what the hell was going on at the time.

I’ve always considered Christmas of 1992 as the catalyst for when things started to change for the better for our family. Even though Dad worked double shifts, he was determined to be an expert in the injection moulding business, doing whatever he could to understand how the machines worked and how to fix them when they broke down. Mom trained to be a receptionist at a private college while learning how to use word processing software a computer (which was up-and-coming technology at the time). All that work eventually paid off when we finally moved into a brand new house in January of 1994, paid for by my parent’s hard work. When I was told this story as an adult, I was floored. I never realized how much they did to get our first house.

Since that day, whenever I put on Super Mario Bros. 3, whether it was emulated or remade, I always think back to the struggle my parents faced almost 25 years ago, and how they fought back to make our lives better.

As for me, it wasn’t all sunshine and rainbows when I first started playing video games. Like all new players, I was pretty bad. I didn’t even know what the ‘B’ button was used for; I just kept pressing ‘A’ all the time to jump. It took the combination of me actually reading the manual and an older kid physically showing me how to run in the game for me to get it, but even then I still struggled.

I’d get to World 8, only to get trounced either by the tough levels or by running out of items and lives before I could even hit the final castle. I developed a love-hate relationship with it and I actually gave up a couple times, thinking I would never finish it.

Until one day I did.

It was 1995. My brother and I stayed by our favourite aunt’s loft in the city and we rented the live-action ‘Super Mario Bros.’ movie from the local Blockbuster (remember those?). I remember back then thinking that it was the greatest movie ever, when in actuality, it was so cringe-worthy bad. 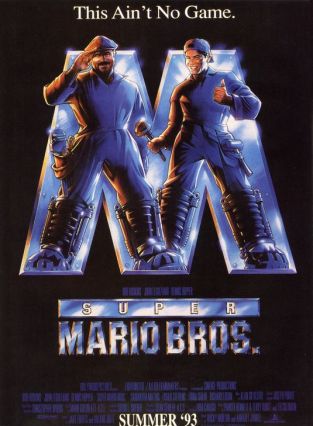 Not the brightest moment for Nintendo, or John Leguizamo (Image by Internet Movie Poster Awards)

Anyways, I was so inspired that when I got home, I did two things – I wrote a crappy fan fiction based on the movie for my third grade creative writing class (only the second time I’ve done that, and it certainly wasn’t the last) and I was going to finish Super Mario Bros. 3, come hell or high water. I even planned it all out:

Step 1: Get some Whistles.

Step 2: Get all of the items between Worlds 1 and 3 (Especially the Juglem’s Cloud at the end of World 2).

Step 3: Play all the Whistles to get to World 8 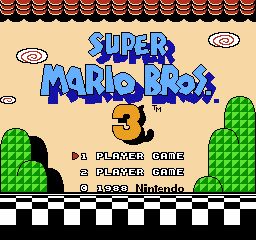 I wasn’t joking about Step 4 either; I knew firsthand how challenging World 8 was, but for some reason I breezed through the levels on that day. Levels 8-1 and 8-2 and the Mini-Fortress had stumped me for years, but this time I either cleared them easily or skipped them thanks to the level-skip cloud. Everything was going right for a change. I played smart; I was patient, used my item stash wisely and didn’t rush. And then I arrived at Bowser’s castle for the first time.

It took me almost all my lives and going down to the absolute last of my item stash before I could finish it and I remember setting my controller down in astonishment at what I accomplished. It wasn’t significant by any means – I didn’t cure cancer or developed the technology of the future, but that moment, to me, meant everything. And it was from that really terrible movie that I learned that even the most unlikely of inspirations can lead someone to achieve great things, whether it’s beating a game that’s stumped you for a time or starting a passion project that you’ve been putting off for years. 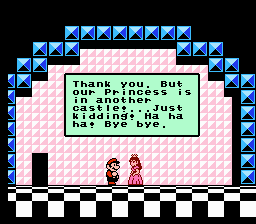 So, that’s my story for today. Now it’s your turn: Hit up the comments below and let me know what your first memories of video gaming were, how they inspired you and what you learned looking back at those days. Also, stay tuned for next Saturday morning’s post where I talk about a smart phone game I’ve recently been obsessed with: Clash Royale.

Until next time, this is Ryan from “Games with Coffee,” telling you to keep gaming and keep brewing.