Good day and welcome to another edition of Games with Coffee! As a part of my friend NekoJonez’s “Writer’s Raid” collaboration, today I’ll be talking about the first game of the Tomb Raider series titled Lara Croft: Tomb Raider. We’ll cover the history of the game, my experiences with it and I’ll be delving deeper into the enduring legacy of Lara Croft herself, one of gaming’s most iconic characters.

Lara Croft: Tomb Raider’s development started back in 1993 by the now defunct Core Design, a British-based developer consisting of six people. The director, Toby Gard, was the individual credited for Lara’s creation; he initially started with a male character but then added in a female character to give players a choice on who to play as. Realizing that the second character would double the work required for cutscenes, Gard cut the male character and instead developed the female further, intending to counter the stereotypes surrounding female video game characters. He notes that Lara was inspired by Swedish songwriter/rapper Neneh Cherry and the comic book heroine, Tank Girl. He also cited Virtua Fighter as an influence, saying:

“It became clear to me watching people play Virtua Fighter, which was kind of the first big 3D-character console game, that even though there were only two female characters in the lineup, in almost every game I saw being played, someone was picking one of the two females.” – Toby Gard

Originally, Lara was to have a cold and militaristic personality and hail from South America under the name “Laura Cruz.” Gard and his team decided instead that she should be British and for her personality to be a combination of Indiana Jones and a proper, English lady. This expanded Lara’s character and showed players that she was more than some grave robbing adventurer with a knack for murdering vicious creatures using dual-wielded pistols. We’ll go into this a bit later.

As for her first adventure, bringing Tomb Raider to life was not an easy task. Programmer Gavin Rummery explained that the game was only possible by building it on a grid-like system. It’s the reason why squares, rectangles, slopes and planes are so integral to the gameplay, in terms of lining up for jumps, finding pathways through levels and even discovering secrets, among others.

Musically, the game was scored like a film, playing at certain times for dramatic emphasis, like finding secrets or during action sequences. For the most part, the only audio that was played throughout the game were atmospheric in nature, such as footsteps, Lara’s grunts the growls of animals, rushing waterfalls and the like. It made Lara’s journey far more isolating and increased tension within the player, forcing them to listen closely to see what may or may not be ahead.

Tomb Raider was critically acclaimed on its release in 1996. The cinematic approach with its gameplay and music combined with state-of-the-art graphics was a sight not seen in gaming until its release. Major publications, like GameSpot and EGM praised the title, with GameSpot calling it a potential Super Mario 64 killer, referencing the iconic Nintendo game released in the same year. Finally, Lara Croft, the Tomb Raider herself, cemented herself as one of gaming’s greatest icons, her appeal as a character and as a strong, independent woman captivating gamers and non-gamers alike.

The Legacy of the Tomb Raider

Lara Croft was considered a revolutionary when her first adventure was released. Her introduction changed the conversation about women in video games, in that their games can tell a story similar to or even surpassing that of their male counterparts at a time when female protagonists were scarce. Just like what Chun-Li in the Street Fighter series did for female representation in fighting games, Lara too was instrumental in ushering in a new age of games starring charismatic and strong female protagonists.

Lara is a statuesque and athletic individual with brown eyes and auburn hair traditionally tied in a plait or a ponytail. Her standard outfit consists of a turquoise tank top, brown shorts, calf-high hiking boots, fingerless gloves, a backpack to hold various items and holsters for her arsenal of weapons, such as her iconic dual pistols. She is highly intelligent, having excelled in various scholarly pursuits and is fluent in several languages; useful for navigating the locales of where her next raid is going to take place. Unlike the stereotypical female characters gamers we were used to seeing before, Lara was not a woman to be trifled with, thanks to her no-nonsense attitude and her dry wit and it really showed itself in her first game.

Throughout the campaign, Lara had to face insurmountable hurdles in recovering the fabled Scion of Atlantis. Examples include deadly traps that activate if Lara makes a wrong move, tricky puzzles that required logic, speed and a little luck to solve and a plethora of nasty beasts out to kill her, either for food or for sport. However, she faced them all, head-on and, most importantly, on her own. Lara required no help from anyone – male of female – to overcome the challenges in front of her. I believe that her strength, her determination and her perseverance in overcoming anything and anyone that stands in her way garnered her claim to fame more than her looks. 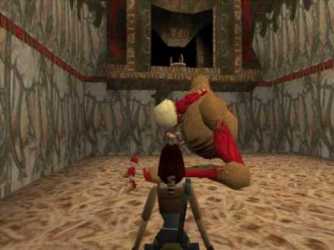 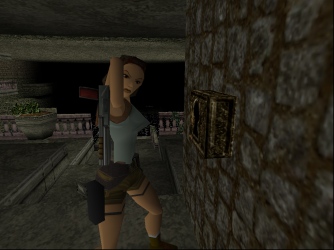 Culturally, Lara forged a path for more female leads in video games. Without her, we would never have had the opportunity to experience the stories of other strong and inspiring women, like Aloy in Horizon: Zero Dawn, Lightning in Final Fantasy XIII, Yuna in Final Fantasy X, Faith Connors in Mirror’s Edge and 2B in NiER Automata. Even video game heroines from established series, like Samus Aran from the Metroid series for instance, had their characters further fleshed out. Lara’s influence extended beyond gaming and into mainstream media: she currently has three live-action movies under her belt, has been featured on several hundred magazine covers, been involved in various print and television advertisements and has been a spokesperson for various causes. Furthermore, she has several Guinness World Records to her name, including most recognized female video game character and most official real world stand ins. 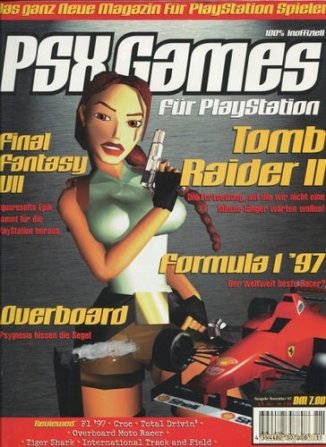 Furthermore, even though the game was developed with a male audience in mind, Lara ended up garnering a serious female audience. Authors from several publications stated that the character appealed to women and drew them more into gaming simply because they see in Lara an emancipated heroine that they could emulate.

However, with accolades also comes controversy and Lara’s introduction to the gaming industry sparked quite a bit of it over the years.

Much of the controversy surrounding Lara centers around her looks. Lara is an attractive, tall and buxom woman and has been described as a sex symbol because of those traits, despite Toby Gard originally intending for her to be “sexy only because of her power.” Critics have argued that Lara reinforced unrealistic ideas about the female body and that she was developed as the embodiment of male fantasies. That latter point fueled rumors in print magazines and the internet about a potential code to remove her clothing; it was revealed that there never was one in the first place. There was, however, an unofficial patch that could be used on the PC version known as “Nude Raider” that was used to remove Lara’s clothes. Eidos eventually shut down the website hosting the patch, but the damage was done nevertheless and it remains as an infamous footnote in her history. Further criticisms include that the character was developed in a way to make male gamers feel like “chivalrous protectors” who were trying to protect Lara from harm and that her character’s appearance does nothing to detract men from the notion that women are sex objects. 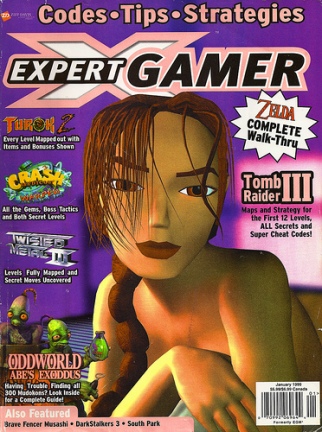 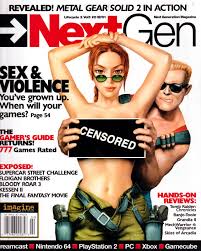 I’ve first started playing Tomb Raider in 1998, right around the time that puberty hit. I’ll admit, I had a huge crush on her when I first played the game; she was extremely attractive, not just in looks but in attitude as well. However, I’m sad to say that at that young of an age I felt that I gravitated more to her looks than to her character, which was in line with the criticisms noted above. As I grew older and more mature, I revisited the character and found that I resonated more with her spirit, her determination and the fact that she could do such impressive feats of physical and mental strength. She was really like the female version of Indiana Jones (a character that I rather enjoyed) and I found myself wanting to learn more about her, beyond the original versions (which I found to be a bit one-dimensional). To that end, I’ve picked up Tomb Raider Anniversary – a remake of the original taking place in the rebooted world of Tomb Raider: Legend and the recently rebooted (again) Tomb Raider (2013), an origin story featuring a more realistic depiction of Lara. I’ve played through the majority of the Anniversary edition and I’ve yet to play the Square-Enix reboot, but I’m looking forward to it.

I do want to argue that, despite the various criticisms surrounding her, Lara represents a step in the right direction towards more female representation in video games. As a guy myself, I personally want to see more stories of women in gaming, as their stories are just as important (and in some cases, more important) than the stories of overly-masculine, broody and square-jawed males (think Joel, Nathan Drake, Cole MacGrath, etc.) that have been the focus for the last decade or so. I, for one, feel like the future of women in gaming is a bright one, all thanks to Tomb Raider and one Lara Croft.

Hope you enjoyed this introspective into Lara Croft: Tomb Raider! If you want to delve further into the Writer’s Raid, I suggest you check out the hub at NekoJonez’s blog for the full list of other posts written by other amazingly talented bloggers!

With that, this is Ryan from Games with Coffee, reminding you to Keep Gaming and Keep Brewing!

3 thoughts on “Tomb Raider – The Legacy of Lara Croft”